I don’t know about you, but I have never considered adding up how much I spend on my garden during the year and then, somehow, calculating how much each plant has actually cost.  I’m feeling stressed just thinking about it.

However, a New England gardener named William Alexander did just that for his three acre backyard vegetable garden and small orchard in a small town in the Hudson Valley.  The result is his hilarious book: The $64 Tomato; How One Man Nearly Lost His Sanity, Spent a Fortune, and Endured an Existential Crisis in the Quest for the Perfect Garden.

Alexander relates his quest for organic gardening, IPM (integrated pest management) and agonizes over the philosophical horticultural conundrum: what actually constitutes “organic”?   He takes us along as he starts down the slippery slope of chemicals in the garden, providing us with lots of laughs, as well as a lot of interesting facts.  (Although I learned more than I really needed to know about apple trees and baggies.)

When his family has the inevitable plumbing problems related to their septic tank, we meet Lou, the local excavator, who doesn’t quite finish up the job he started back in the November. Not only do the Alexanders not hear from him, but Lou leaves his backhoe behind, stuck in their yard.

For Alexander, gardening is also a bit of a blood sport. He tries to go after deer, squirrels, an opossum and a groundhog he calls Superchuck.  I’m not a hunting/trapping fan, so I was rooting for his Havahartattack trap. Thankfully, Alexander is rather inept at animal control.

William Alexander deftly and hilariously relates his gardening/small-scale farming experience (When does a vegetable garden become a farm? Is yet another thought worth exploring.)  When it’s too hot or too cold to be out in your garden, do yourself a favor and curl up with this excellent book. You won’t be disappointed.

“Gardening is, by its very nature, an expression of the triumph of optimism over experience. No matter how bad this year was, there’s always next year. Experience doesn’t count. Just because the carrots have been knobby, misshapen, and somewhat bitter four years in a row doesn’t mean they’re going to be knobby and misshapen next year.”   — William Alexander 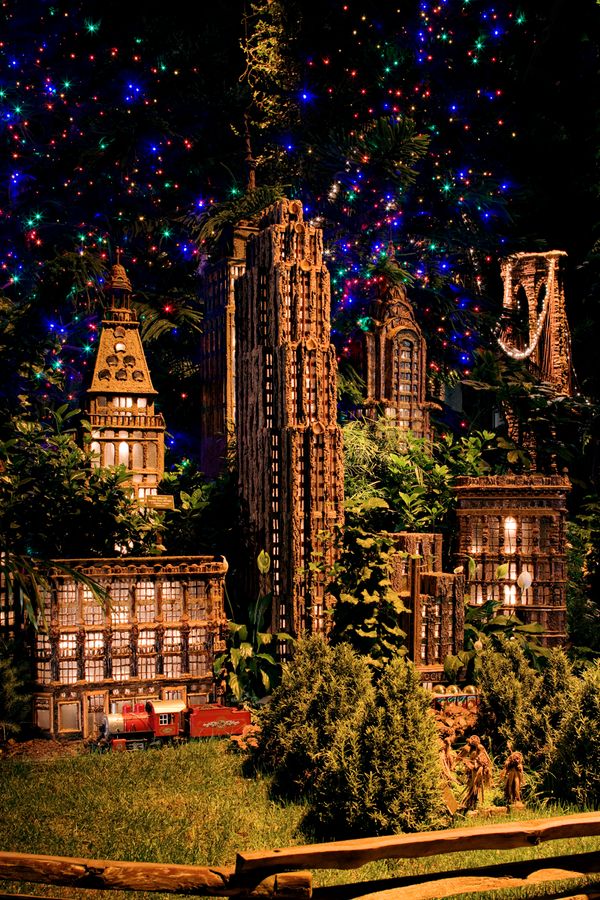 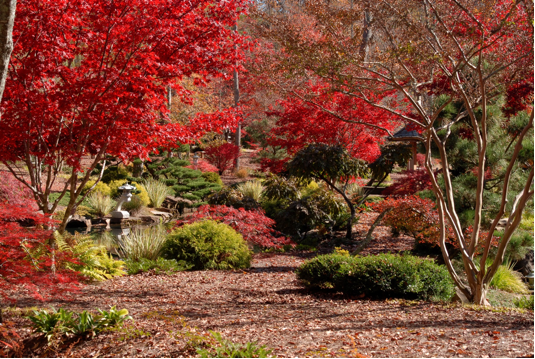 Japanese Maples Festival at Gibbs Gardens Ball Ground, GA It’s hard to point to a more magnificent tree in the fall landscape than a Japanese maple (Acer palmatum), and