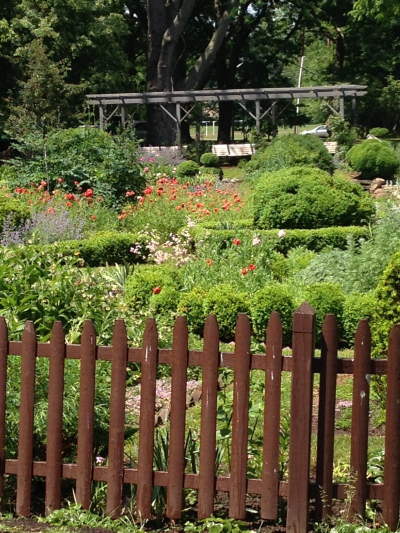 Located in Cedar Brook Park, this Shakespeare Garden is listed on the National Register of Historic Places.

Mrs. Howard C. Fleming of the Plainfield Shakespeare Society originally came up with the idea of creating a Shakespeare garden in 1927 and the Union County Parks department of New Jersey commissioned the Olmsted Brothers to design the garden. The original plan called for two 100-foot beds laid out geometrically and edged with brick, according to current practices, along with 17 flower beds.

Since there are only about 44 plants and shrubs mentioned in Shakespeare’s writings, other plants cited from 16th and 17th century writings were used as well throughout the garden. 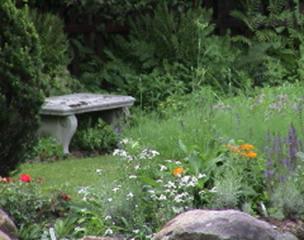 “Rock garden plants were added, herbs and a rose bed of old-fashioned roses including the Rosa Damascena, the original rose of Damascus and the climbing “Maiden’s Blush” which rambled over Anne Hathaway’s cottage. Trees were planted, among them Holly, English Hawthorn, Mulberry, and Taxus (Yew), clipped in topiary style. Sundials were the latest rage in England during Shakespeare’s time, so our garden was given one, encircled with English ivy. A rustic arbor was built, leading into the garden. The arbor is shaded by a honeysuckle vine called woodbine, and bordered by wild-thyme and Eglantine with its sweet fruity fragrance.”

—Selected from “The Plainfield Garden Club, 1915 – 1965,” by Victoria Furman with the kind assistance of the Special Collections Librarian, Plainfield Public Library.

The garden was installed by and continues to be maintained by the Plainfield Garden Club. 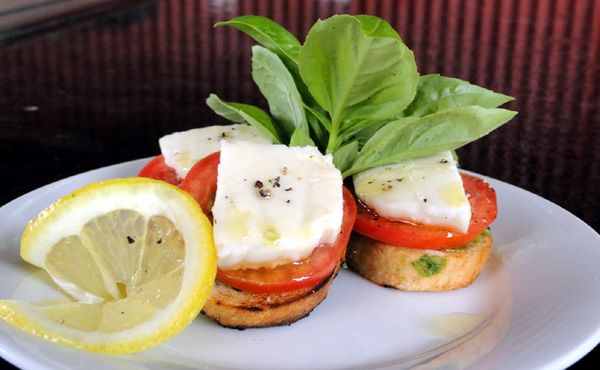 One of the best reasons to visit botanical gardens in the summer is the wonderful chef demos. At the Atlanta Botanical Garden, Garden Chef Demos take place in the Edible 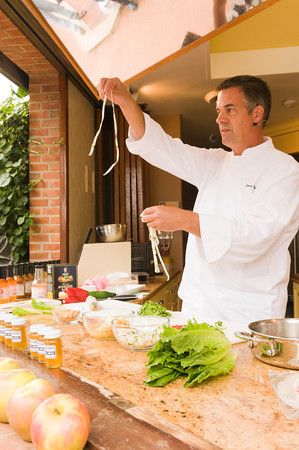