Did you ever hear anyone say, “I wish I had a dollar for every pawpaw I ate”?

Probably not because chances are you don’t know of anyone who has actually ever seen a pawpaw, let alone eaten one.

Sometimes called the poor man’s banana, pawpaws (Asimina triloba) are a fruit that you’re not going to find at Kroger. In fact, when I asked a clerk in the produce department yesterday, she said she had never heard of it, but as this was only her third day she went off to ask her manager. Her manager came over and, I even spelled it: p-a-w-p-a-w , but she’d never heard of it either.

Well, that may be changing. There seems to be a growing interest for pawpaws amongst gardeners. Kentucky State University has announced that it will release the first in a series of trademarked pawpaw cultivars developed on the KSU Research and Demonstration Farm. According to their Web site, Kentucky State has the only full-time pawpaw research program in the world and they are working towards the development of pawpaws as a new fruit crop.

Its taste has been described as a combination of banana, mango and pineapple, and the pawpaw is the largest edible fruit native to the U.S. The catch is that pawpaws supposedly taste best when one shakes the pawpaw tree and the fruit falls on the ground. Hence the old song: “Picking up pawpaws, put ’em in your pocket . . . ”

For more information, check out the KSU Pawpaw Program: http://pawpaw.ksu.edu/

Pawpaw seedlings are available from the Kentucky Division of Forestry: http://www.forestry.ky.gov/seedling/ 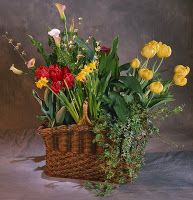 Biltmore House, the 250-room French Renaissance chateau located in Asheville, NC, was built in the late 1800s as the country retreat of George and Edith Vanderbilt. The Vanderbilts commissioned Frederick

Here are my suggestions for Santa ..hint, hint, hint (I have a good many but not all of these)   “The Wild Braid, A Poet Reflects on a Century in the Garden” by Stanley Kunitz “American Horticultural Society New Encyclopedia of Gardening Techniques: The