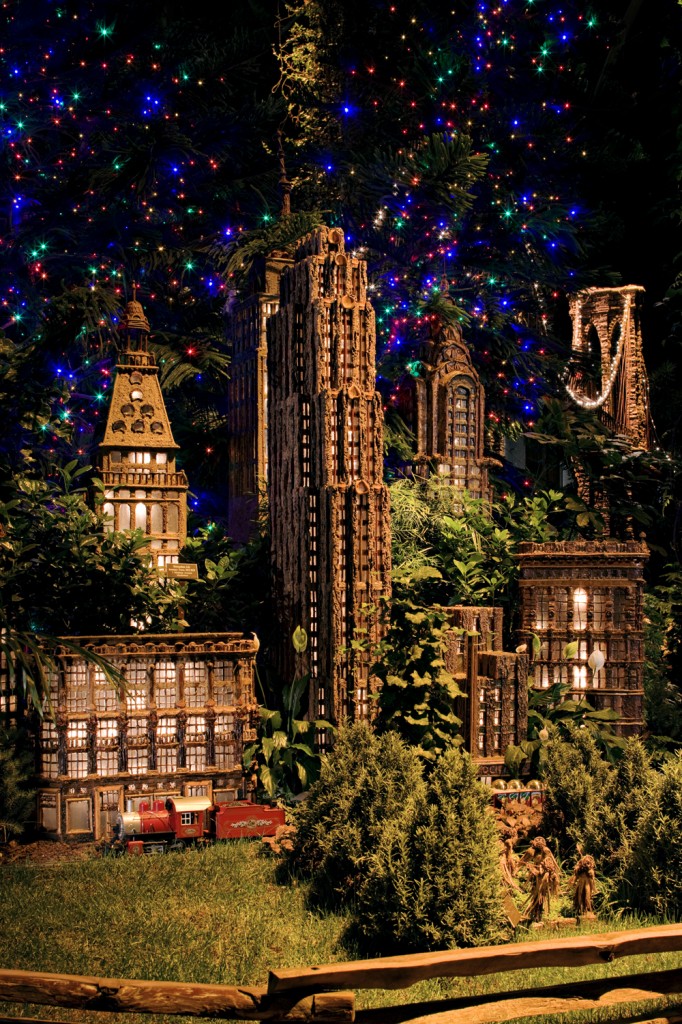 Who isn’t fascinated with model trains? One of the best displays anywhere is at the New York Botanical Garden Holiday Train Show featured in the Enid A. Haupt Conservatory.

More than a dozen large-scale model railway trains—from late-1800s American steam engines and streetcars to modern freight and high-speed passenger trains and trolleys—traverse nearly a quarter-mile of track across rustic bridges, along overhead trestles, through tunnels, and past waterfalls that cascade into flowing creeks. More than 150 scaled iconic buildings, including the Statue of Liberty, Rockefeller Center, the Brooklyn Bridge, Radio City Music Hall, and the original Yankee Stadium. Thomas the Tank Engine is even there.

This year in celebration of the 50th anniversary of the 1964 New York’s World Fair held in Queens, the Holiday Train Show features replicas of the World’s Fair-famed Unisphere, observatory towers, and the Tent of Tomorrow at the New York State Pavilion.

Of interest is the Artist’s Studio, which shows how the replicas are constructed. Models in varying stages of completion, from the framing of the landmark structures to the addition of plant part details such as magnolia leaf roof shingle,s are on display.

Advanced reservations strongly recommended. Admission to the Holiday Train Show in the Enid A. Haupt Conservatory is by advance timed ticket. Tickets sold in 15-minute increments.

Note: Strollers cannot be taken into the Conservatory, however stroller parking is available. 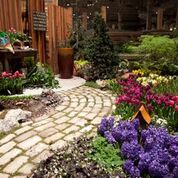 What’s not to love about flower shows? Horticultural societies around the country are getting ready to kick off gardening season 2020 by transforming local convention centers and other

I don’t know about you, but I have never considered adding up how much I spend on my garden during the year and then, somehow, calculating how much each plant has actually cost.  I’m feeling stressed just thinking about it. However, a