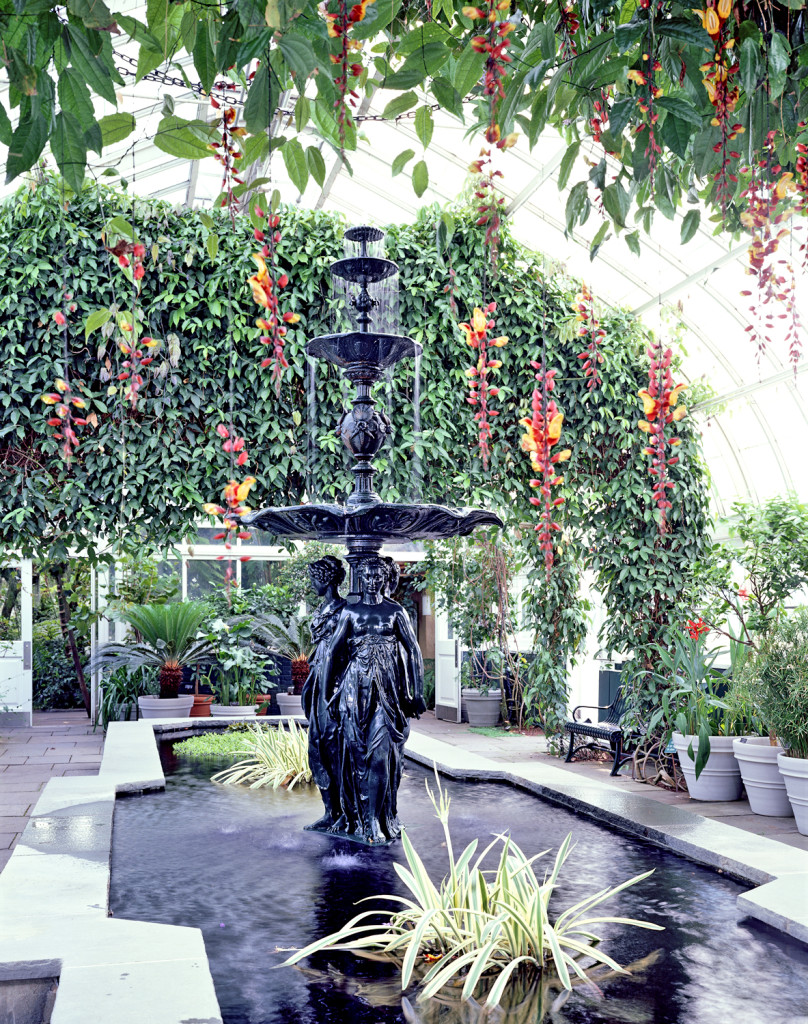 In 1888, Columbia University Professor of Botany and Geology Dr. Nathaniel Lord Britton and his wife, Elizabeth Knight Britton, who had a keen interest in mosses, visited the London’s Royal Botanic Gardens. The Brittons were inspired to create “a public botanic garden of the highest class” on 250 acres of land in northernmost New York City.

NYBG is considered a classical botanical garden, in that plants are studied, exhibited and people of all ages are taught about plants and the environment. The institution operates one of the world’s largest plant research and conservation programs.

Today, the New York Botanical Garden supports more than one million living plants.  NYBG is considered The collections include dramatic rock outcroppings, wetlands, ponds, a cascading waterfall, and a 50-acre tract of the original forest that once covered New York City. Among the horticultural attractions are 48 gardens and plant collections, including the Peggy Rockefeller Rose Garden, the Rock Garden, and the Jane Watson Irwin Perennial Garden, as well as outstanding collections of daylilies, orchids, hardy ferns, cherry and other flowering trees, and conifers. The Garden is also home to the nation’s largest Victorian glasshouse, the Enid A. Haupt Conservatory.

The NYBG is located at Bronx River Parkway (Exit 7W) and Fordham Road. It is accessible by Metro-North Railroad or subway. The Garden is open year-round, Tuesday through Sunday, as well as certain federal holiday Mondays, from 10 a.m. to 6 p.m. (Winter hours 10 a.m. to 5 p.m., mid-January through February). For more information, please call 718.817.8700 or visit nybg.org

Bronx, New York Wave Hill Located on 28 acres in the northwest Bronx and originally built as a country home in 1843, Thomas Henry Huxley, Charles Darwin, Theodore Roosevelt, Mark Twain and conductor Arturo Toscanini have all visited the gardens at Wave Hill. The