One of the most remarkable artists (and gardeners) that I know of is a man named Pearl.
Pearl Fryar is an artist and his medium is topiary. But his are not the typical shear-a-boxwood-into-a-meatball topiaries. Sometimes described as “Dr. Seuss meets Edward Scissorhands,” Pearl wields a chainsaw and what he does with a Leyland Cypress will blow you away.
By now Pearl Fryar’s three- acre topiary garden outside Bishopville, SC. is a well known destination for garden clubs and gardeners and anyone who appreciates beauty. His garden has been featured in local, regional and national media, including the NY Times, CBS, PBS, HGTV and Turner South. It’s important to remember that Pearl Fryar has had no formal training in sculpting topiary. He was once given a three-minute demonstration at a local nursery, but that’s it. For Pearl, it’s simple. He wanted to create a feeling and as a freehand, abstract artist, he goes with his vision. Pearl often is often invited to give talks at garden shows, which is where I was fortunate enough to catch up with him. Along with his PowerPoint presentation of his garden, Pearl brought along his chainsaw. He fired that sucker up and told the audience not to be afraid to cut – one of his many gems of wisdom that he shared. This is a man who is not afraid of heights. One of the slides showed him perched on top of an extension ladder, which is propped up on the hood of an old red pickup truck, and he’s happily trimming away at one of his trees. As Pearl often says, “When horticulture people come to my place, to my garden, the first thing they say is ‘you shouldn’t be able to do that.’ And I say, ‘I didn’t know that.’ One time in my life, ignorance paid off.” How he got started is the stuff of legends. Pearl and his wife Metra bought a house on the outskirts of Bishopville in the early 1980s and this was the first time Pearl actually had a yard. At the time, Bishopville was a small southern town and some folks with small minds were concerned that he wouldn’t keep up his yard. Pearl had seen “Yard of the Month” signs given by the garden club of Bishopville on other people’s lawns and decided he was going to get yard of the month. Growing up in a rural town in North Carolina in a sharecropper’s family, Pearl was raised to work hard. When he and his wife bought their house, he was working at a local can company doing 12 hour shifts – four days on, four days off. So, he worked a 12 hour shift and then went home and worked on his dream. At first, his neighbors couldn’t figure out what was going on and were understandably skeptical. But, as one of his neighbors said, “He kept working, morning till night, and you could just see the miracle happening.”

Plants for his yard came from a scrap pile of discarded plants at a local nursery. In a documentary about his life and his garden, Pearl says, “I took my hedge trimmer and every plant that was in my yard, I cut some kind of design in it. It took me about three to five years to say, this is it. I got it.” What was he aiming for? “It wasn’t important to me to create a garden. I wanted to create a feeling. When you walk through my garden, you feel differently than you did when you started.”

Now, when a bus load of gardening enthusiasts pulls up in front of his garden, he often tells them, “There are people who go by the book. I don’t go by the book. I’m writing my book and my book is going to be what you don’t find in the other books.”

Visit Pearl Fryar’s Topiary Garden Tuesdays through Saturdays, 10:00 am to 4:00 pm, 145 Broad Acres Rd Bishopville, SC 29010-2819. The Pearl Fryar Topiary Garden has been designated a Preservation Project of the Garden Conservancy. As such, the Conservancy will help ensure that important gardens like this one are able to continue so future generations can enjoy them. 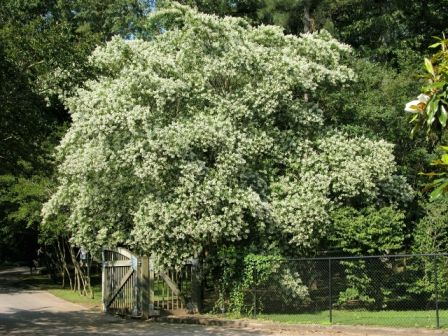 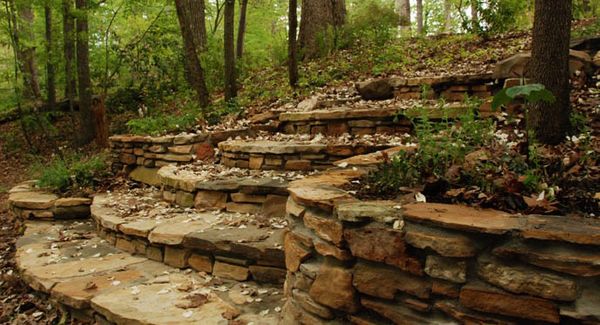