Armchair gardeners everywhere can stroll along the famous New York Botanical Garden’s Seasonal Walk and watch what promises to be a truly inspired garden installation take shape over four seasons. Linger as long as you want. In fact, if you want to go back and see April’s “confection of tulip’s blooming once again, go right ahead.
The New York Botanical Garden’s Seasonal Walk is a broad garden path running between two wide borders, adjacent to the glass-domed Enid A. Haupt Conservatory that the Garden redesigns yearly, and refreshes seasonally. For 2009, the Garden invited two international garden design superstars from the Netherlands, Piet Oudolf of Hummelo, NL and Jacqueline van der Kloet of Weesp, NL, to create a custom four-season garden installation, evolving over 12 months… “Both designers are known for sophisticated plant mixes, an artist’s eye for form and color, and complex naturalized plantings that evolve over the seasons,” according to the Garden’s Web site.
The Seasonal Walk Chronicles is a year-long project documenting the design as it evolves week by week, month after month. From planting approximately 30,000 bulbs in November of 2008 – along with the what, why and how (if you want to learn the flick-of-the-wrist technique so “the whole surface is a tapestry of bulbs”) is the work of Tovah Martin (the writer whose work has appeared in Victoria magazine, among numerous other places – including several Tasha Tudor books) and Rob Cardillo’s beautiful photographs.

There’s also a Step-by-Step Guide for Landscapers, with useful advice such as “how to make a mixed bulb border happen,” along with plant lists and photos so you know what the plant actually looks like, and stunning photos of plant pairings(courtesy of Rob Cardillo) and lots more. Enjoy! Over and over again!

Newnan, Georgia Dunaway Gardens Minnie Pearl got her start here and Walt Disney loved to visit.  When Hetty Jane Dunaway, one of the most popular actresses on the Chautauqua Circuit of summer theater, married booking agent Wayne P. Sewell, the couple moved to the 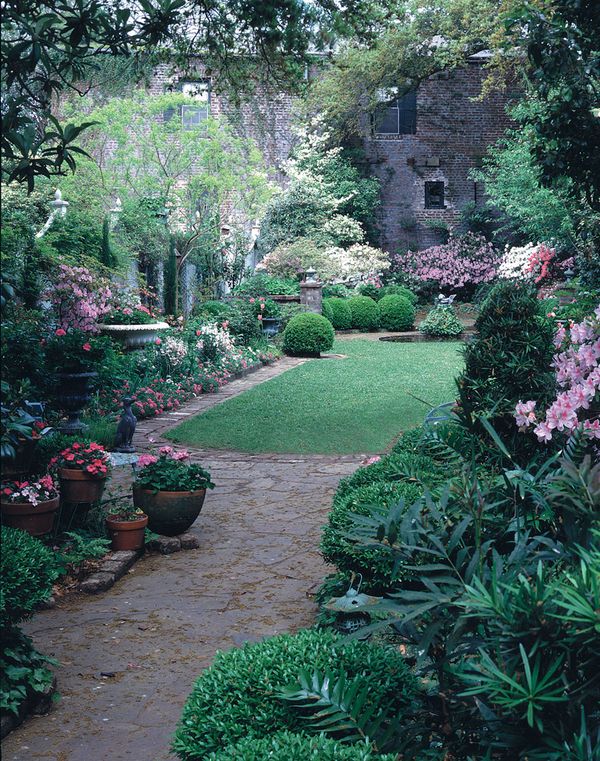 Where’s your Holy Grail? Will you follow the Camino de Santiago (Way of St. James) across northern Spain, a route walked by millions of pilgrims since the Middle Ages,